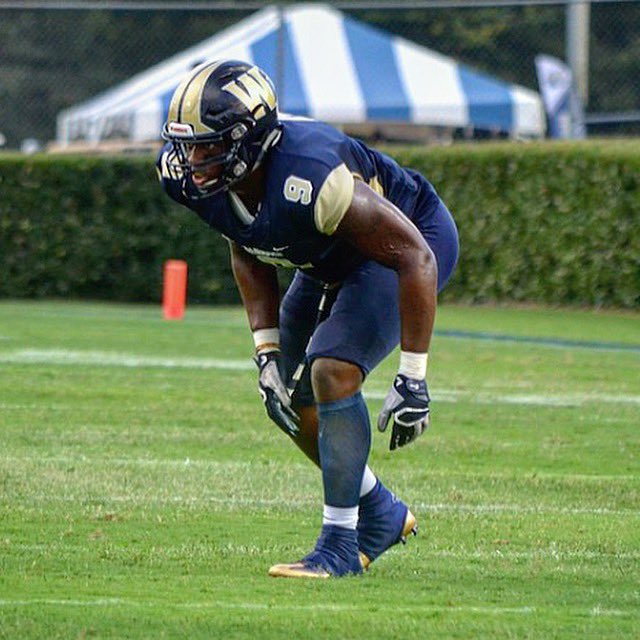 Cardell Rawlings started his dominance early in high school as a linebacker for Cleveland High Schools. Rawlings was a two-time team captain on defense both his junior and senior year. After competing in just five games during his senior season which showcased Rawlings dominance with 70 tackles.

Rawlings ultimately choose to bring his talent to Division II in Wingate, North Carolina. Wingate University saw the potential and raw talent that Rawlings possessed as a defensive player.

Rawlings reflected on his decision to attend Wingate University. “Initially the recruiting coach was strong in building arelationship before offering me a great deal that wouldn’t allow it to be detrimental in any way to my family,” Rawlings said. “The school was also ranked within the Top 10 in the state in various majors.”

Rawlings saw a breakout season in 2018 at Wingate. In a game against Lenoir-Rhyne, Rawlings recorded a season-high 14 total tackles and 3.5sacks.

Those stats were just the tip of the iceberg because Rawlings finished the 2018 season with 87 tackles, 23 TFL and 18 sacks. Rawlings reflect on his desire to continue playing football.

“It’s allowed me to not only meet a great deal of people but learn a lot of valuable lessons applicable to life,” Rawlings said. “The game is a jewel, it allows you to be you even if that’s a little rough around theedges.”

Rawlings film is impressive because it shows many of his skills. One of the skills that jumped out to me the most is not only his speed from sideline-to-sideline but his strength. Rawlings has incredible upper body strength which allowed him to break tackles and fight his way to the quarterback.

Rawlings mentioned the players from he would watch from either the linebacker or defensive end position to help mold his specificplaying style.

Those players ultimately are reflected from watching Rawlings tape. If you watch Rawlings possess the sideline-to-sideline speed much like Smith does but also control the upper body strength to fight through the offensive line like Lawrence and Ngakoue.

However, has football always been the dream career for Rawlings? A lot of athletes would say yes but for Rawlings it was all about idolizing scholarships. For many athletes, scholarships provided individuals with connections to enhance character but also moral skills that were useful onthe football field.