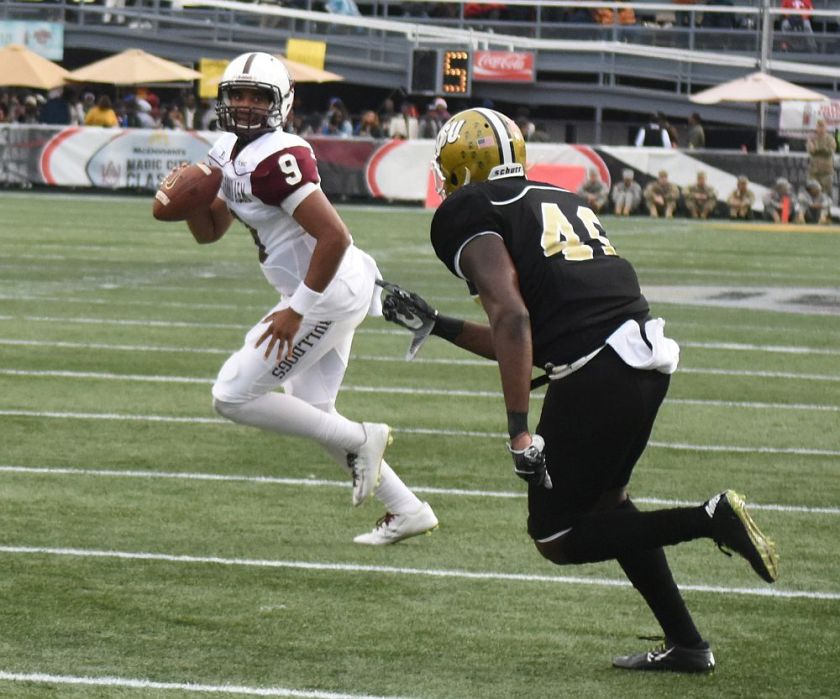 Former Middle Tennessee linebacker and Alabama State defensive lineman is currently on the path to making his dreams become reality as the NFL Draft quickly approaches.

Ismael Aurismond, grew up in Miami, Florida and had an impressive highschool career. While attending Haileah High School, Aurismond recorded 81 tackles, 11 sacks and 10 TFL in 2012. Due to his success on the field, Aurismond was able to play in the Under Armor Dade/Broward All-Star Game and the Nike Dade vs Florida Game.

However, football was not the only sport that Aurismond played growing up. Playing multiple sports is highly beneficial for athletes because it allows the player to avoid any major injuries due to the different movements each sport requires. Aurismond said, “growing up I played soccer, basketball, and I also ran track aside from football. But as I got older and started to develop, I found that football was more ideal for me. I was more natural at that sport than any other.”

Aurismond ultimately decided to attend Middle Tennessee University to continue his athletic and academic career. “Coming out of high school I attended Middle Tennessee University. A phenomenal school and football program. I didn’t quite fit in their defensive scheme at the time. I had a great relationship with one of the guys on the staff at Alabama State University. I decided I wanted to transfer over there. It’s a really great school and great football program,” said Aurismond.

Aurismond played just three games during his time at Middle Tennessee, however, after transferring to Alabama State things changed. In 2016, Aurismond played in 11 games for the Hornets and was able to record 38 tackles, 4.5 TFL, four quarterback hurries, one pass deflection and one sack.

Usually a change of scenery helps a player but usually an athlete encounters many obstacles along the way. Each program goes about their training and schedules differently and sometimes players can quickly adjust but its not always the case for some.

“The biggest obstacle I would saw was the culture shock. Coming from a PWI was obviously different from an HBCU, The enrollment numbers were totally different. The students interacted differently. The whole culture itself was just completely different from what I was used to,” said Aurismond.

Aurismond was able to find a lot of success on the field during his time at Alabama State. I decided to ask if there was a player either recently or currently in the NFL that he molded his game after. “Growing up I molded my game after Jason Taylor. I just loved the way he played the game. He was relentless after those quarterbacks. His technique was second to none. He got after it every single Sunday,” said Aurismond.

For those of you who are unaware, Jason Taylor was drafted out of the University of Akron in 1997 by the Miami Dolphins. Taylor was dominant on the field recording 775 tackles, 139.5 sacks, 47 forced fumbles, 29 fumble recoveries, nine touchdowns and eight interceptions. Due to his outstanding professional career, Taylor was inducted into the Hall of Fame during his first year of eligibility in 2017.

Lastly, as I concluded the interview with Aurismond I wanted to know if football was always his dream career or if something else was in mind. “Growing up as a child from just watching the game, I knew that I wanted definitely wanted to be a part of the sport. As I started to mature through the sport, I fell in love with it even more. Once high school hit, I was pretty great at it, from then I knew that I wanted to play professionally,” said Aurismond.