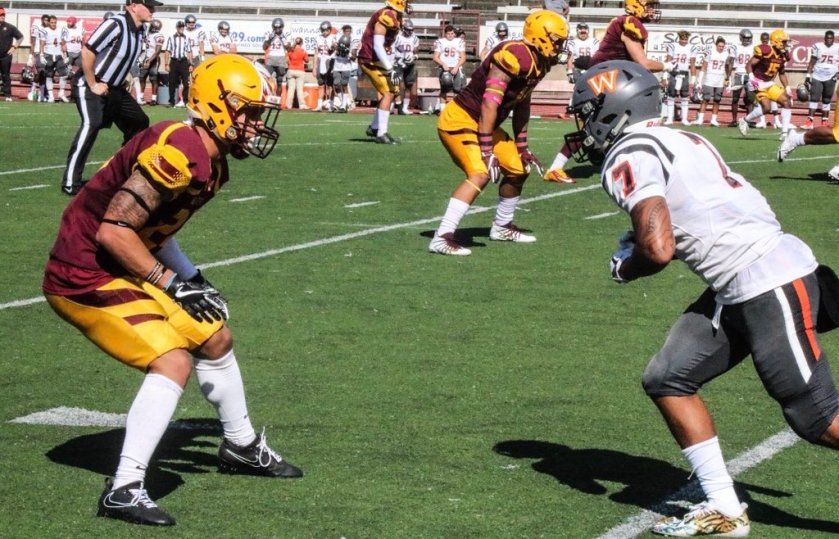 Standout cornerback from Akron, Ohio set his dreams for the NFL following an impressive college career.

Pooler has experience both outside and slow corner due to his size. Pooler weighs in at 185lbs and is 6’0” which provides him excellent speed and mobility to play impressive coverage.

Due to his impressive season in 2018, Pooler has an opportunity to compete in multiple FCS All-Star games in the next couple of months.

Following an impressive career in college, I decided to ask Pooler what ultimately made him choose the University of Charleston over other schools. He said, “my senior year of high school I was being recruited by Kent State and holding an offer in late December. Another corner they were recruiting recommitted from the University of Minnesota and they gave him my scholarship. I ended up visiting Charleston and liking what I saw and committing there with a couple of my high school teammates.”

However, Pooler was not just a football player. Pooler was a dual sport athlete who also competed in track & field.

I asked Pooler what made him choose football over track & field. He said, “my other main sport in high school was track and field. Over the years I played different sports but my overall commitment stemmed to football through the off-season and training. I ran track to stay in shape and to help increase my speed which ended up helping a lot over the years.”

Pooler didn’t start playing cornerback till his junior year of high school. However, that didn’t stop Pooler from learning from the best at that position.

Pooler reflected on the players he molds his game after by saying, “through high school, I didn’t start playing corner until my junior year. I’ve always emulated my games to guys like Casey Hayward and Brent Grimes. As well, this year in college I think my game closely resembles Byron Murphy from Washington. We have a similar build and share similar traits.”

Pooler portrays excellent hip movement and is able to stick with receivers regardless of the route. His burst speed is impressive and his ball skills are outstanding. Pooler has a great sense of play recognition and his knowledge of the game shouldn’t go unnoticed.

I asked Pooler if playing professional was always his dream career or if something else stood out to him. His response was, “my dream was to always play professionally in the NFL. I’ve grown up on watching college football and the NFL my whole life.”

Pooler is truly passionate about the game of football and it shows. Everyday his game gets better because of his dedication to achieve his goals. From constant training to watching film, Pooler grows everyday as both a person and a player.

Click the link and check out Pooler’s 2018 senior season highlights!