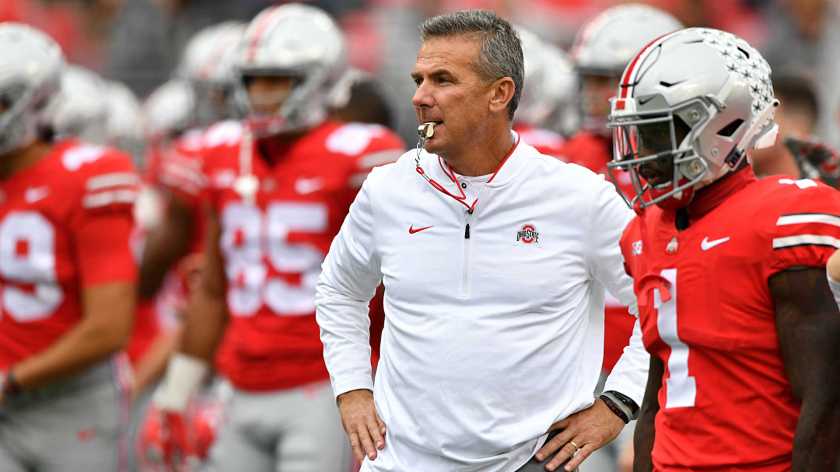 On Tuesday morning, Ohio State head coach Urban Meyer announced that he would be retiring but would coach his final game in the Rose Bowl.

Meyer, 54, was hired as the Ohio State head coach seven years ago and is happy with where the program is currently at. Meyer would be replaced by Ryan Day, who served as interim head coach earlier this season for Ohio State.

The decision ultimately came after a rough year for Meyer, who not only was battling health issues throughout the course of the season but also served a suspension during the start of the season. Meyer was suspended following an investigation in which authorities were looking into the allegations about a former assistant coaches illegal and illicit behavior.

Ohio State confirmed that the day after the Rose Bowl, January 2, Day would be named the programs 25th head coach.

Meyer has never coached a Rose Bowl but sees the opportunity fitting after growing up in Ohio watching Woody Hayes who coached in multiple Rose Bowls. Meyer enters the January 2 matchup against the Washington Huskies with an incredible 186-32 record throughout his career.

Meyer started off his career at Utah where he lead the program to not only an undefeated season but a Fiesta Bowl victory in 2004. Shortly after his success in Utah, Meyer took his talents to coach the Florida Gators. While at Florida, Meyer won two BCS titles with Heisman Trophy winner Tim Tebow. Meyers’s appearance in the SEC was crucial because battling Nick Saban and Les Miles would eventually help the conference rise into the powerhouse we know today.