The Milwaukee Bucks host the Golden State Warriors on Thursday. With this matchup the Bucks hope to poise a challenge against the Warrior, who are looking for a three-peat in June.

Last time these two teams met was last season when the Bucks walked away with a victory against a Warriors team without star Steph Curry. The Bucks were able to score a combined 75 points from Giannis Antetokounmpo, Khris Middleton and Eric Bledsoe which led to the Bucks winning 116-107. 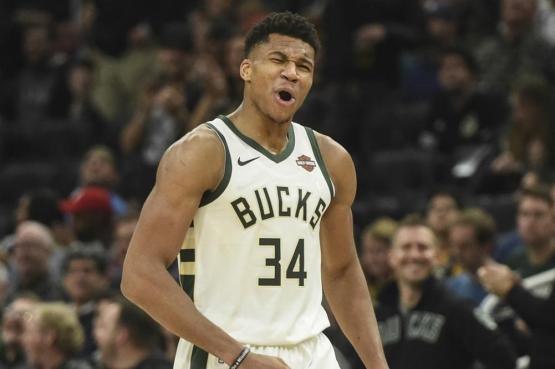 That win allowed the Bucks to split the series at a game apiece between the two teams. In January, the Warriors defeated the Bucks 108-94 after limiting Antetokounmpo, Middleton and Bledsoe to just 52 points.

However, this matchup will be a little different then what we saw in the past as both the Bucks and Warriors are amongst the top teams in their conference. The Golden State Warriors (10-1)have won eight straight games, while the Bucks (8-2) have won two of the last three games after starting the season 7-0.

However, this season the Golden State Warriors have scored at least 116 or more points during the teams eight game win streak this season.

The Golden State Warriors are going to be without forward Draymond Green, who sustained a toe injury during the teams victory against the Memphis Grizzles. Green, a three-time All-Star averaged 16 points, 7.5 rebounds and 6.5 assists against the Bucks last season. However, due to the injury, Green will see his minutes split between Kevon Lonney, Jordan Bell, Jonas Jerebko and Alfonzo McKinnie.