Price pitched seven innings, allowing one run on five hits against the Dodgers. Price was 0-9 in 11 postseason starts before defeating Justin Verlander in Game five of the ALCS. Price is the first pitcher since to beat a Cy-young winner in the finale of both the LCS and World Series.

Pearce helped the Boston Red Sox gain a 5-1 lead against the Dodgers in Game 5. Pearce finished 2-for-4 with two runs scored and two RBIs. Pearce opened the game early with a two-run home run in the first inning before recording his second home run in the eighth inning. 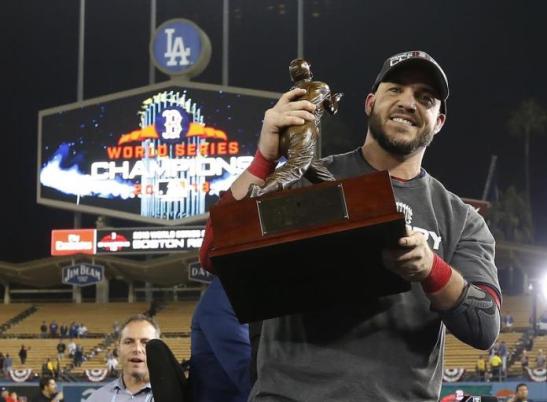 Pearce was a dominant aspect to the Red Sox success in the World Series and was rightfully awarded the 2018 World Series MVP award prior to the team’s victory last night.

The Red Sox have been a dominant team within the last 15 seasons after walking away with four World Series titles. Prior to 2004, however, the Red Sox were involved in an 86-year playoff drought.

Alex Cora was an excellent manager this season for Boston. After starting the season 17-2 the Red Sox were able to find themselves with 108 wins. Alongside those impressive numbers, the Red Sox were 11-3 in the postseason and were successful in taking down both the Yankees and Astros in route to the World Series. Cora is just the fifth rookie manager to win the World Series.