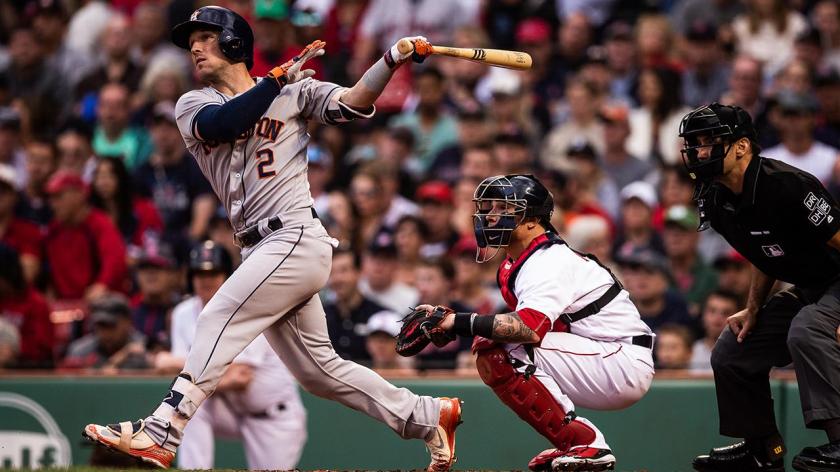 On Tuesday, October 16th the Boston Red Sox travel to Houston as they head into Game 3 against the Astros.
The Houston Astros took Game 1 of the ALCS behind a strong performance from Yuil Gurriel, who finished 1-for-5 with a run scored and three RBIs.
However, the Boston Red Sox took Game 2 of the series with a performance by Rafael Devers, who finished 2-for-3 with two runs scored, an RBI and a walk.
Now the series is tied at a game apiece heading into Minute Maid Park. The Astros have been solid this season at home but the Red Sox have been an outstanding team on the road. Both teams are in for a monster series as they continue to make a push for the World Series.
First pitch is scheduled for 5:09 PM ET.

Slated to start for the Astros is left-handed pitcher Dallas Keuchel.
Keuchel pitched against the Cleveland Indians during Game 3 of the ALDS, during that performance, Keuchel pitched five solid innings, allowing just two runs on four hits while recording two strikeouts.
Against the Red Sox, Keuchel appeared in four games but posses a 0-1 record with a 9.15 ERA.
The bullpen is a key component of the Astros success this season. The bullpen consists of players such as Hector Rondon, Tony Sipp, and Roberto Osuna.
Offensively, the Astros have been led by Alex Bregman this postseason. During the postseason, Bregman has maintained an impressive .417 batting average along with recording two home runs and four RBIs.
Another successful player on the Astros offense is George Springer. Spring this postseason has recorded a .409 batting average along with three home runs, and seven RBIs.

On the mound for the Boston Red Sox is right-handed pitcher Nathan Eovaldi.
During the regular season, Eovaldi held a 6-7 record with a 3.81 ERA and 101 total strikeouts. However, during the postseason, Eovaldi possess a 1-0 record with a 1.39 ERA and five strikeouts.
Eovaldi pitched against the New York Yankees this postseason and pitched seven innings, allowing just one earned run from five hits and recorded five strikeouts.
Craig Kimbrel has been a dominant force within the Red Sox bullpen after managing to record three saves so far in the postseason.
Offensively, the Red Sox have seen a lot of success come from Mookie Betts. During Game 2 of the series, Betts managed to finish 2-for-4 with two runs scored and a walk. During the regular season, Betts finished with a .345 batting average, 32 HRs and 80 RBIs.