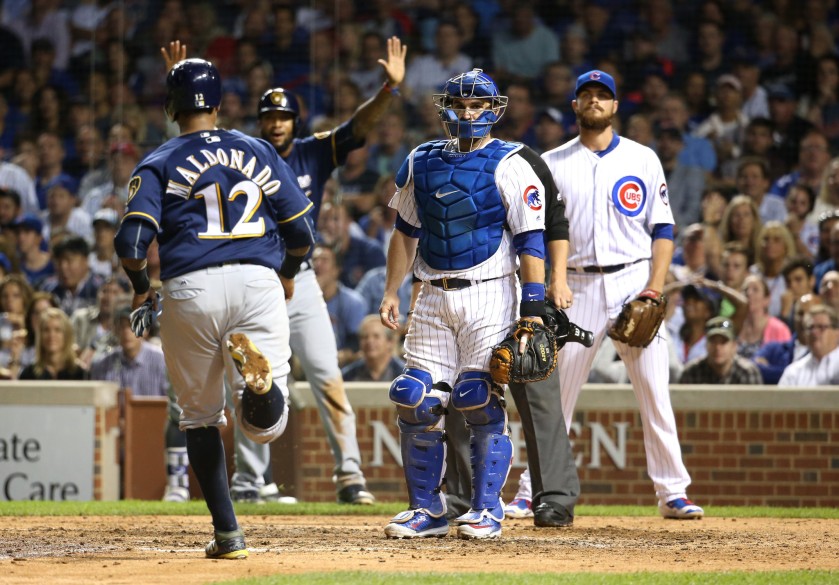 Monday, October 1st kicks off a rather historic day as we have an opportunity to witness not one but two tiebreaker games in the MLB.
At 1PM on Monday, October 1st, The Chicago Cubs get to host the Milwaukee Brewers. The game will decide who represents NL Central in the playoffs while the loser goes on to play in the wild card.
The Cubs went 11-8 against the Brewers during the regular season and were awarded the opportunity to host game 163.
Both teams walked away with important wins on Sunday afternoon after the Brewers walked away with an 11-0 victory over the Detroit Tigers, while the Chicago Cubs defeated the St Louis Cardinals 10-5.

The Brewers have not yet released who will be starting against the Cubs but Jhoulys Chacin is rumored to get the opportunity.
If the Brewers decided against Chacin, the club could ultimately decide between Chase Anderson, Freddy Peralta or head into the regular relievers such as Brandon Woodruff or Corbin Burnes.
Either way, it will be a tough decision for the Brewers to make regardless of the possible outcome.
Offensively, the Brewers have gotten a lot of firepower thanks to outfielder Christian Yelich.
Yelich is not only making a case for the MVP Award in the National League but his ability to perform offensively is allowing him to also push for the Triple Crown.
Yelich is currently the Brewers lead in all three batting categories this season. His ability to perform allowed him to maintain a .323 batting average alongside 36 HRs and 109 RBIs. Yelich, however, is two RBIs shy of tying Javier Baez, which would place him in the lead for all three NL batting categories.

Slated to start for the Cubs is left-handed pitcher Jose Quintana.
Quintana is riding a 13-11 record for the Cubs alongside a 4.09 record. However, against the Brewers in his career, Quintana has a 6-2 record with a 1.60 ERA.
Quintana has pitched 169 innings this season while recording 154 total strikeouts for Chicago.
The offense has been strong behind shortstop Javier Baez this season.
Baez currently leads the Cubs in both the home run and RBI category. Throughout the season, Baez has been impressive with 34 HRs and 111 RBIs all while maintaining a .291 batting average.