Chris Archer (4-5) in only his second start with the Pirates since being acquired from the Tampa Bay Rays prior to the trade deadline. Archer allowed just two runs during his five innings pitched. 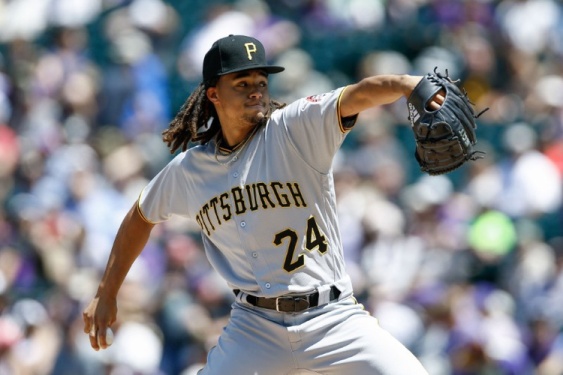 Vazquez also had a dominant performance as he got the last four outs of the game. Ultimately, Vazquez was able to get his 26th save of the season.

The Pirates have found much needed success on the mound but during Wednesday nights matchup against the Rockies, Adam Frazier was the real MVP.

Frazier not only made a spectacular catch to help seal the Pirates win but he also finished with three hits in the 4-3 win against the Rockies.

Frazier made an outstanding defensive play as the Rockies had runners on first and third with two outs in the eighth inning, Iannetta was up to bat as a pinch hitter for Ottavino. Iannetta hit a grounder to second base when Frazier made a diving stop and managed to throw Iannetta out to the inning.

Frazier not only made a spectacular play defensively but has had a red hot bat recently. Frazier had three hits in his first three at-bats which helped raise his batting average to .280 in the last two weeks.

The Pirates got on the board early in the game as Polanco doubled to deep center driving in Marte. After Cervelli struck out swinging, Moran singled to right field which drove in Polanco, giving the Pirates a 2-0 lead.

In the 3rd inning the Pirates increased their lead. Moran got on base after a single to left field. Frazier advanced Moran to third on a double to right field and then Bell grounded out to second which drove in the run.

The Rockies have found themselves struggling offensively after scoring just six runs in the three game series.

But German Marquez tied a career high with 10 strikeouts and RF David Dahl homered for the Rockies.

The Rockies scored a two run home run bomb in the 4th inning. Dahl was able to defend the plate after facing a 2-2 count before connecting with a 88 MPH changeup which carried 438 feet.

Ivan Nova (6-6) takes the mound for the Pirates against the Giants on Thursday Night.

Tyler Anderson (6-4) will open a four-game home series against the Dodgers on Thursday.