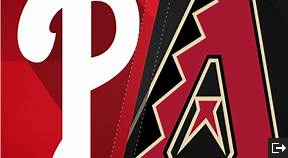 Both Zack Godley and Jake Arrieta had solid starts during Monday nights matchup in Arizona.

Godley pitched 7.1 innings for the Diamondbacks. During his time on the mound, Godley struck out seven batters and gave up two runs on five hits. 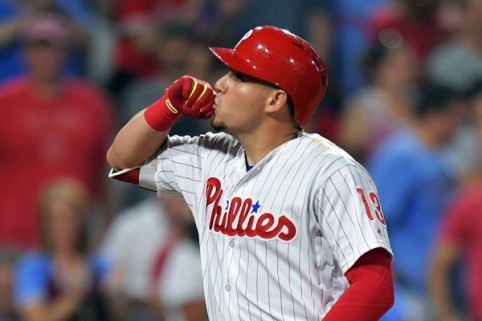 Godley and Arrieta matched each other almost perfectly before Herrera hit a run-scoring triple in the seventh and Alfaro hit a sac fly.

We first saw the Phillies score in the top of the 7th as Cabrera singled to center field to get on base before Herrera successfully hit a triple to score the run. Phillies lead 1-0 but quickly gained a little more cushion as Alfaro hit a sac fly to right field which brought home Herrera.

After Arrieta was able to watch his quality start just simple begin to crumble after being relieved entering the ninth inning.

Two innings later in the bottom of the ninth inning the Diamondbacks tied the game. Peralta hit a 414 ft. home run to right center on a 89 mph slider. After Escobar doubled to left, Souza Jr. brought him home off a single to center field.

As the game was heading into extra innings, Arizona had multiple opportunities to end the game before Peralta ended it with a walk-off in 14th.

The game lasted a total of 4 1/2 hours before Peralta hit the 395 ft. home run. In the 10th inning the Diamondbacks had an opportunity to end the game after Goldschmidt advanced to third after a single by Peralta Souza Jr. left Goldschmidt on base after grounding out to the pitcher.

Same situation happened in the 12th as Souza Jr. was walked, advancing Peralta to third and Escobar to second. Descalso was up next for the Diamondbacks, after fouling off the first pitch, Descalso flied out to center ultimately ending the inning. 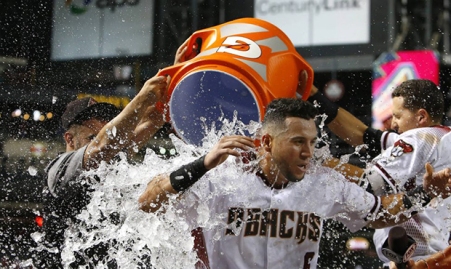 The Diamondbacks kept getting runners in scoring position, but were unable to get the job done until Peralta hit the first pitch off Davis (1-2) to left-center.

The Phillies were on a five game winning streak before losing to the Diamondbacks in extra innings.