Price had the drive and mentality to thrive on the field and his ability to grasp information helped him succeed in high school and in college.

Shortly after the draft, Price inked a deal with the Buccaneers, although being released from the team, Price gained some valuable knowledge that will help him in the near future as he continues his fight for an NFL roster spot. 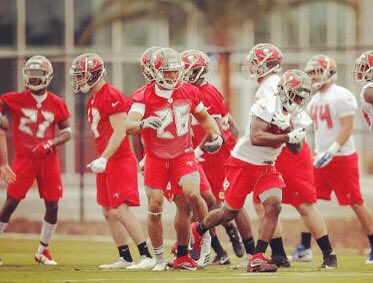 I asked Price how his experience was down in Tampa Bay and he said, “I had a really good experience at Tampa especially transitioning from a small school to the highest level of football. I knew I belonged with the level of competition.”

In 2017, Siena Heights University had about 2,640 students enrolled. However, with that small school, Price was able excel on the field. His ability to track down the ball and make huge plays, made him a viable aspect to the team and ultimately helped set him apart from other defensive backs in college that entered the draft.

Not to mention Siena Heights has only had a football program since 2011, with that being said Price had a chip on his shoulder as he looked to finally put Siena Heights on the map. 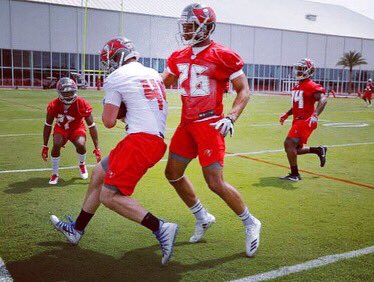 Since I also grew up in Michigan, I felt the need to ask Price what his biggest goal was as he went from Siena Heights to the NFL and he said, “Understanding coming from a small school I knew that it would be more of an up hill battle so showing the league that I belonged compared to a drafted player and also learning fast and adjusting to the game faster was my goal which would gain me a spot on the 54 man roster.”

Darius Price is an outstanding man on the field but off the field is a completely different story. Price works at a ministry outside of football and is often seen playing the guitar as he has a love for music. Since moving down to Tampa Bay, I asked Price what he did during his free time and he said, “When I’m not at the field I work on ministry and also music.”

One of the most down to earth players I have been honored enough to talk with and although Price is no longer on a roster, I don’t believe it will stay that way. Price is an outstanding athlete and with his athletic ability and dedication I believe a team will soon be calling his name.

I was curious as to what Price took away from his time with the Buccaneers camp and how it would help him fight for a roster spot on the near future and he said, “My biggest take away from camp is what I’ve experienced from the tempo, the ability to learn on the fly and perform! When the next opportunity presents itself I know I’ll be ready to make an NFL roster.”