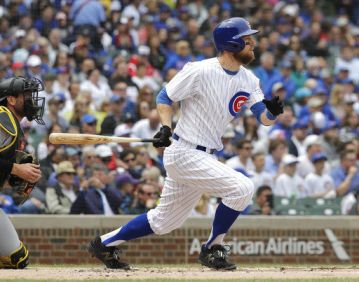 Jason Hayward finished the game 2-for-4 with a run scored for the Cubs. Josh Harrison got the Pirates on the board scoring their only run and going 2-for-5.

The Cubs scored three runs on nine hits while the Pirates only scored one run on nine hits.

Chicago Cubs: The Cubs take on the Milwaukee Brewers with the series starting tonight (June 11th) at 8:10 pm EST

Pittsburgh Pirates: The Pirates take on the Arizona Diamondbacks with the series starting tonight (June 11th) at 9:40pm EST