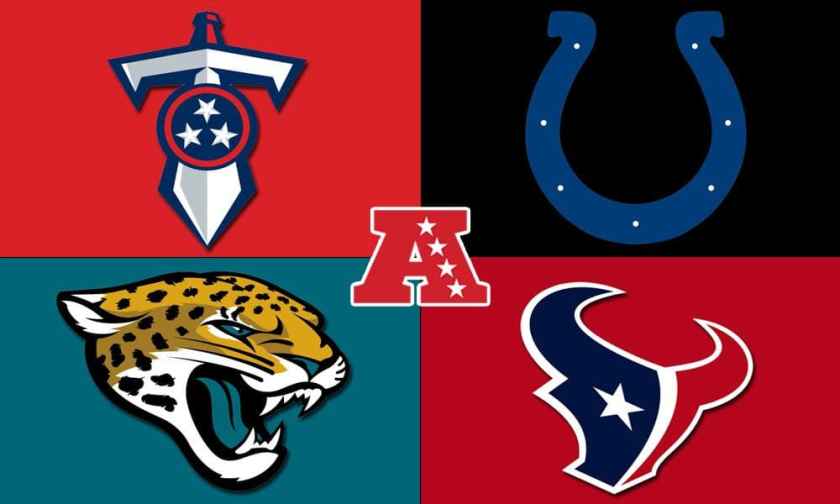 The AFC South just turned into one of the toughest divisions in this conference within the last year. The draft definitely will make or break a team and I think it did just that for these four teams. This is nearing the end of my grading and analysis before I begin my journey elsewhere! The AFC South consists of the Jacksonville Jaguars, Houston Texans, Indianapolis Colts and Tennessee Titans.

I believe both Reid and Rankin will be starters this season for the Texans. Reid has an insane amount of athletic ability and ball skills. While, Rankin was one of the top lineman in the SEC and will push for snaps at both Tackle and Guard. Akins was another outstanding selection because not only does Akins fill a major need for the offense, but he is also insanely athletic. Although he is 26 years old already after spending time with the Rangers organization, I still believe he will be a dominant factor for the offense. Coutee has a history of making big plays down field and will definitely be a factor for a young group of players. Ejiofor has elite pass rushing ability and will make a good rotation player on the defense. Overall with the minimal picks the Texans had I believe they made the best of the opportunity.

Taven Bryan fits the Jaguars defensive scheme almost perfectly even though he is not playing to his best ability yet. Chark will likely be a role player who will be a deep ball threat. Harrison will learn from Barry Church who is 30 years old this year and likely take over within the next year or two. Richardson will likely make an effort to play left tackle sooner than expected, while both Jacobs and Cooke will be special teams contributors.

The Colts definitely focused on protecting Andrew Luck during this draft. Taking two of the top interior lineman in the draft in both Nelson and Smith allows for the Colts to protect Luck and generate a run game. Leonard, Turay, and Lewis will automatically make an impact on the defense. Turay is an outstanding defender with a lot of raw talent and upside. Both Fountain and Cain add depth and talent to a very thin wide receiver group. Hines has a lot of versatility and will be a force out of the backfield. Both Adams and Franklin will likely both see roles on special teams to start their careers.

Falk gives the Titans a quality backup quarterback behind Marcus Mariota. Both Evans and Landry will make major impacts on defense. Landry was a very athletic edge rusher in college and Evans fills a huge role on the inside with the loss of Williamson to free agency. Cruikshank was one of the top secondary prospects in the draft and gives the Titans both experience at safety and on corner. The Titans made the most of the couple picks they had during this draft after trading up on two separate occasions.