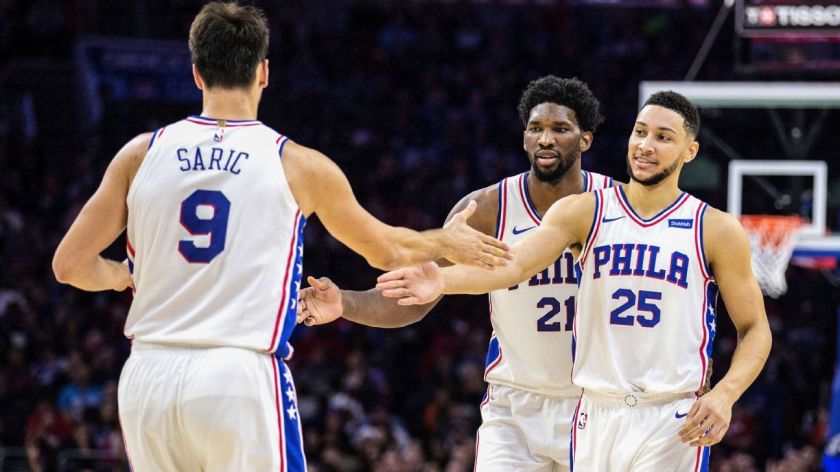 Meek Mill was released from prison on Tuesday afternoon and was seen courtside alongside Kevin Hart and co-owner Michael Rubin at the Philadelphia 76ers vs. Miami Heat game. Mill made the surprise appearance after Pennsylvania’s highest court ordered him freed while he appeals decade-old gun and drug convictions. Mill was taken by helicopter from prison to Philadelphia. Mill was announced to ring the ceremonial bell at the start of game five. 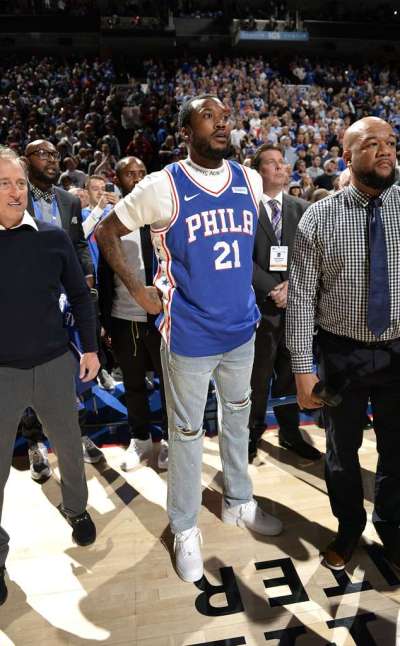 The energy that Meek Mill brought to not only the team but to the fans as well was truly amazing. At the end of the game Joel Embiid lifted Kevin Hart similarly to how you would have seen Rafiki lift baby Simba in the “Lion King”. After setting him down Embiid pulled Hart in for the hug as the stadium roared with excitement and confetti rained down on to the court.
The Philadelphia 76ers are dominant this offseason and everyone from rappers and politicians are joining the excitement the team has brought to the community. Joel Emiib and Ben Simmons continue to shine but this time infront of Meek Mill. The dominant duo helped pave the way for the Philadelphia as they advanced into the second round following the 104-91 win over the Miami Heat on Tuesday night. 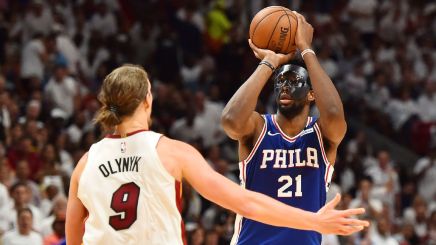 Two season ago when the Philadelphia 76ers only won 10 games, nobody would have pictured that the team would be in the 2nd round of the playoffs. Trusting the process is in full effect this season as the 76ers are in the second round of the playoffs for the first time since 2012. Embiid made the promise and ultimately created the current atmosphere and success the team has been apart of this season. The term “trust the process” was coined by the Philadelphia 76ers during their rebuilding process and is now one of the most trending terms on social media.
The Sixers advanced from the series with a 4-1 lead and turned the city of Philadelphia and the Wells Fargo Center into the wildest and most electric house party. During game five, with Meek Mill in the house, Embiid recorded 19 points and 12 rebounds while Ben Simmons had 14 points and 10 rebounds. Redick had 27 points for the Philadelphia 76ers and sank the dagger late in the fourth that got the crowd cheering again. With the 76ers advancing through 5 games, the team will have time to rest and recover as the rest of the Eastern Conference series are expected to stretch up until the weekend. 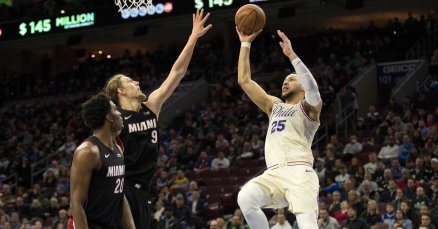