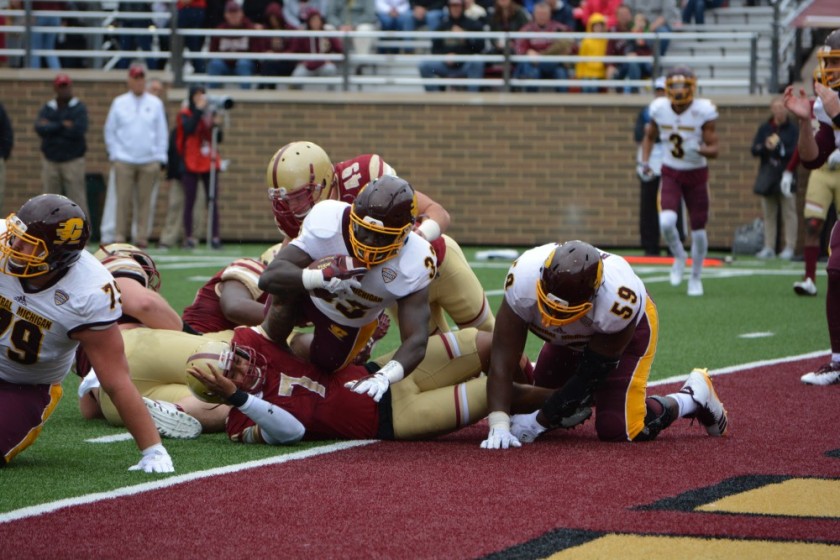 When I was growing up I never knew what it was like to have a brother. That all changed however about 12 years ago when Kumehnnu Gwilly moved in next door. I would always be at his house either playing video games or watching sports and over time my parents considered him family. What I was able to witness him do in not only football but in track as well was truly an amazing experience. We both attended Utica High School which wasn’t necessarily on the map regarding sports, but during Kumehnnu’s high school career he truly was able to put his stamp on the world. During his three year football career, Gwilly was able to rush for 4,175 yards and had 38 touchdown which are both Utica High School records. Not only that, but Kumehnnu Gwilly holds school records at Utica for most rushing yards in a game in which he had 397 against Fraser High School, most touchdowns in a game with 6 which he did on two separate occasions. Gwilly also tied the Michigan High School record with five touchdowns in a half. 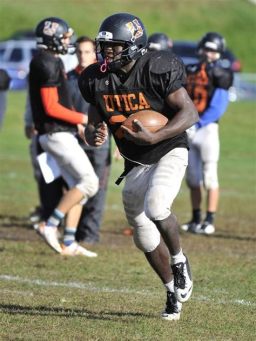 I knew from the moment he accepted his offer to become a member of the Central Michigan University football program, that something special was going to happen. So, I went to every home game his freshman year on the team. Even though he was a redshirt at the time, I wanted to make sure I was still there to support family. I always told him that one day I would either be broadcasting one of his football games or I would write about it and today became that day. 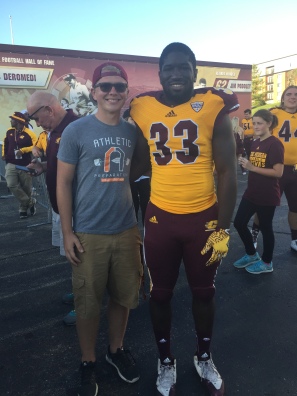 Kumehnnu saw playing time during the 2017-2018 season and though it was minimal he made the most of it. Gwilly finished the season second on the team with 202 rushing yards as well as two rushing touchdowns which he got against Boston College and then Ball State. Gwilly is one of the nicest guys you could possibly meet. Everyone knows him and loves his personality. Being able to come to Central Michigan in time to watch him play is special to me and I am glad I can witness him play as a true member of Central Michigan University. I am excited to see what Kumehnnu has up his sleeve for the upcoming season and I believe he will surprise a lot of people this year.