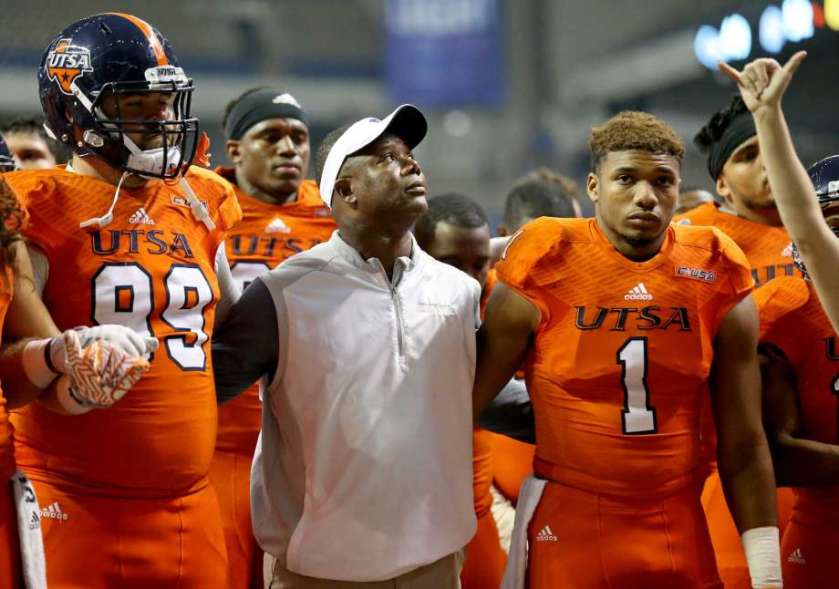 Devron Davis (#1) played as a cornerback for the University of Texas San Antonio. Davis grew up in Stockton, California and attended Franklin High School. As a sophomore Davis earned 2015 All-California Region II and First-Team All-Golden Coast League Alccolades. During that season, Davis recorded 41 tackles, 4 interceptions, 11 pass breakups, 2 forced fumbles and 2 fumble recoveries. Davis was a factor on both sides of the ball during his senior season in high school as he recorded 33 tackles, 2 INT, and a forced fumble on defense. On offense, Davis ran the ball 10 times for 300 yards and 4 touchdowns as well as catching 8 passes for more than 300 yards and another 4 touchdowns. 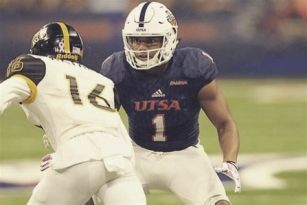 Davis had a very successful career at UTSA. Davis spent the 2014 and 2015 season playing at Merced College before transferring to UTSA. During the 2016 season, Davis recorded 26 tackles, 2 TFL, 6 pass deflections and 1 INT. During the game against Texas A&M in 2016, Davis recorded a season best 6 tackles, 1 TFL and 2 PBUs. During the 2017 season, Davis saw time in 11 games and recorded 25 tackles, 4 TFL, 8 PD, 1 FF and 2 INT. Davis was able to return one of his interceptions 22 yards for a touchdown against UTEP. Davis reflected on his successful career saying, “it was a great experience you know just coming from JUCO to the D1 level and dominating in the same way was fun.”

Davis said his toughest matchup came against Texas A&M wide receiver Josh Reynolds. Reynolds is currently an NFL receiver for the Los Angeles Rams. Davis said, “I just watched tape to find his weaknesses because of his length and ball skills.” During that game Davis recorded 6 tackles, 1 TFL and 2 PBUs while holding Reynolds to 7 catches for 93 yards and a touchdown. 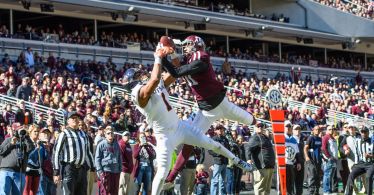 Davis is currently preparing to participate in the UTSA pro day as he continues to rise his draft stock and impress NFL scouts prior to the draft in April. Davis is currently training hard and is trying to be in the absolute best shape possible. Davis has proven on the field to be an intriguing corner and with his ability to play in both man and zone he is impressive. Davis also has good hands and speed as he can stick with the receiver through the route and can often disrupt the pass. Davis has also proven to be a decent tackler through his two seasons at UTSA.