Dexter Reese (#20) played as a defensive back for Alabama A&M. Reese grew up in Roanoke, Alabama and attended Handley High School. Reese was a part of both the basketball and football programs for his high school. During the 2011 season, Reese was awarded All-Area Most Valuable Player in football. Reese was also All-County sophomore, junior and senior year. As well as the Christmas Basketball Tournament MVP in both 2011 and 2012. Reese was also a part of the track and field team and finished 3rd place in the 3A Long Jump. Reese not only excelled as an athlete but also in the classroom as he was an honor student and was apart of the honors society. 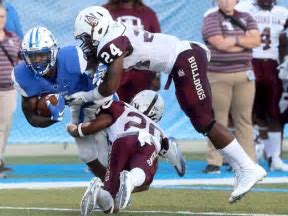 Reese had a very successful collegiate career at Alabama A&M. Though he was given the red shirt in 2013, Reese put in the time and effort off the field to see action in all 12 games in 2014. During those 12 games, Reese recorded 34 tackles, 1.5 TFL, 1.5 sacks, 1 fumble recovery, 5 interceptions and 9 pass breakups. Quickly Reese found himself on the field more and more during his sophomore and junior season where he recorded 73 tackles, 3.5 TFL, 2 INT, 15 pass breakups and a forced fumble. During his final season in 2017, Reese recorded 16 tackles, 1 forced fumble and a pass deflected. Reese commented on his experience and said, “with the help of God this has truly been a blessing at Alabama A&M.”
Reese is currently focusing on his next step as he prepares to participate in his schools pro day. Reese said, “my biggest focus heading to the pro day and the draft is gaining weight and getting faster.” Reese also looks to sharpen areas like ball skills and footwork. Reese also went on to explain that his 40 time at pro day is where teams could be giving him a chance to prove himself further. Reese has proven to be a good coverage corner whether it be in man or zone. Reese also has nice hip mobility and can quickly change direction. Reese’s big strength is his knack to disrupt the pass to make big plays throughout the game. 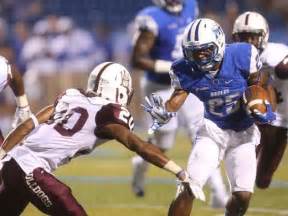 Reese mentioned his toughest matchup came against Texas Southern’s Willie Quinn. Reese talked about Quinn and said, “he is probably the quickest shiftiness player I have ever covered.” Reese and Quinn competed against each other since Reese was a freshman. Reese also went on to mention that over the two years he was able to become more confident and was better at disguising coverages. Reese was able to confuse the quarterback which often resulted in bad balls thrown toward Quinn that Reese could make big plays on.